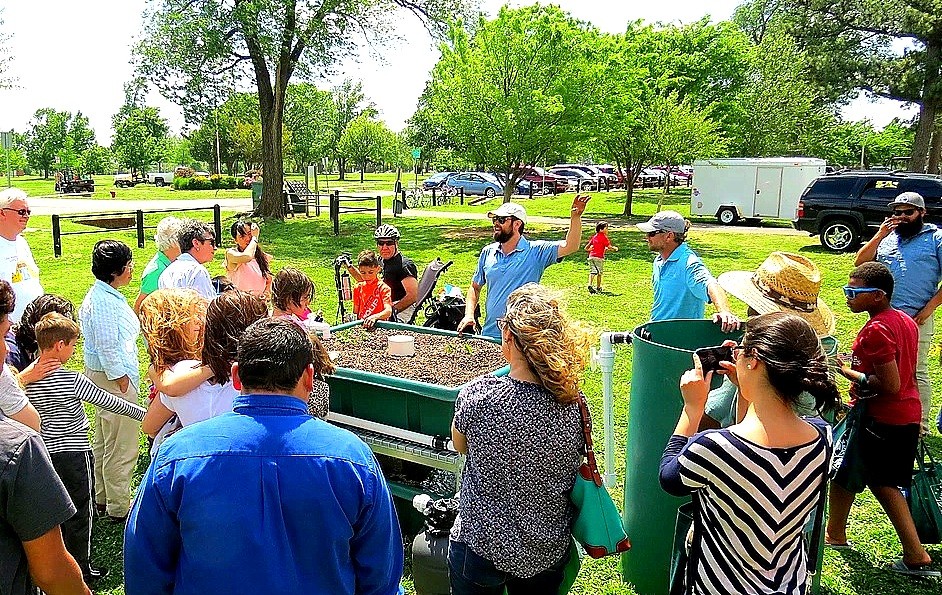 Kaben Smallwood gave a heart-felt speech at the Putting Down Roots conference that left me (and those around me) with feelings of awe and inspiration. His views on community, education, and sustainability are extremely positive and necessary in modern day American society.

Part Native American, Kaben carries his beliefs about the “7th generation” into his everyday life. He believes in triple bottom line companies, which better the community and the Earth and still make a profit. His company, Symbiotic Aquaponic, has created opportunities in so many Oklahoma communities, like the Choctaw Nation of Oklahoma and Kiowa Public Schools. In fact, Kaben and his brother, Shelby, have received offers to install their systems in numerous academic and social communities within Oklahoma, and have continued to spread around the country. It’s no coincidence that this company became popular quickly; they care about educating their customers before selling to them, they provide excellent customer service, and they design solid aquaponic systems. Kudos to these guys, and I hope they continue to prosper and spread their systems around the world. 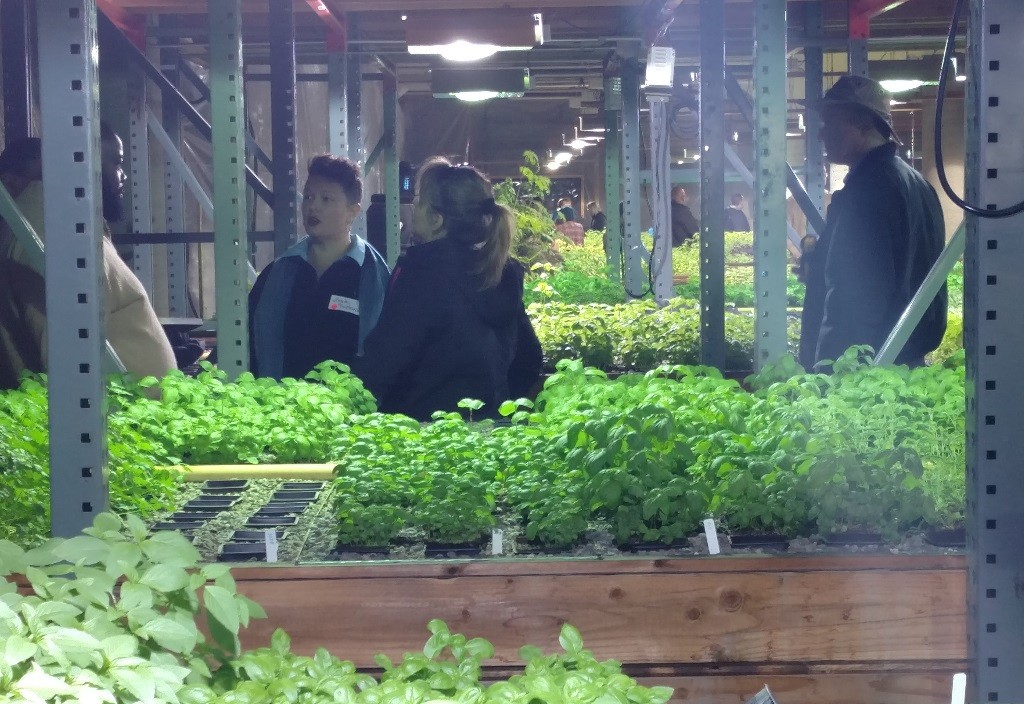 Many of us on the ‘outside’ of the aquaponics industry have been wondering when (or if) this method of growing is ever going to hit the mainstream consumer market in a big way.

I had more basic questions I still didn’t have fully answered – ‘Was aquaponics currently viable on a small to medium scale?  Is the idea of the mom and pop aquaponics shop realistic?’

Not just that, but I wanted to find PROFITABLE aquaponic businesses running for several years WITHOUT relying on farm tours for income.   And by no means is this a shot at those that do tours & education, but, in order to be replicable & scalable to thousands of new farm entrepreneurs, it needs to PROVE it can work without tours/education in SOME locations first.

Over time, we (as in ‘the market’) will find the models that work in comparable local economies. Only then can we rinse and repeat these systems in the way all franchises do.  Once a model can be proven with relative success, wider access to business loans for an aquaponic farm will become available, then boom- the industry takes off.

We got to see both a budding and an established farm in the morning, and got to learn from industry leaders during afternoon breakout sessions.  Equally as interesting were the times in between sessions where everyone chatted and shared personal projects and ambitions. Several countries were represented where enthusiasts, business owners and educators involved in variety of projects all had the opportunity to learn from and network with each other.

My first thought about the conference overall is that it’s encouraging to know there are so many good people doing so many great things.  There is clearly a legion of aquaponic teachers around the world that are establishing themselves as skilled mentors teaching the next generation of farmers.  While the industry isn’t as far along as I would’ve hoped it would be in a commercial/mainstream sense, that’s only perhaps due to my impatience from knowing it’s potential to benefit the world.

High-quality teachers have been running aquaponics training courses for a while now and many of them were on hand (including the great Murray Hallam!). It was pretty obvious to an ‘outsider’ like me, everyone here is doing their bit to get aquaponics commercially thriving to the point where we can see aquaponics farms in all parts of the no matter the local economy.

This is what I was most interested in learning about at this conference, and it did not disappoint. I found examples of businesses working in aquaponics from almost every angle.  Here are just a few examples:

Kaben Smallwood of Symbiotic Aquaponics might be the best example to demonstrate why it takes time to establish a solid aquaponics business in such a young industry.  By repeatedly reinvesting into improving his enclosed system for the last several years, Kaben has been able to develop what has now become a very ingenious simple and scalable aquaponics system for educational or business use.  Now communities all over Oklahoma are now participating in the benefits from his years of tinkering.

Traveling from Canada was Christopher Hatch of the Mississauga Food Bank where, nestled inside the warehouse, is AquaGrow Farms, a 500 square foot urban aquaponic farm.  This awesome organization provides food for over 244,000 meals each month through a network of 48 member agencies.  Aquaponics doesn’t need to be 100% of the equation, but it can certainly be part of it.  Christopher, the leader of this organization, wouldn’t consider himself a ‘farmer’, but what he is able to do, in part by using aquaponics, has allowed him to leverage funding in ways that will have a positive impact on the aquaponics industry and his community far beyond the food bank.

Then there’s Ryan Chatterson of Chatterson Farms, who seems to have nailed the aquaponics business model in his economically stable area and is now scaling it appropriately to his big thinking and big restaurant base outside of the Orlando area.   As well as having proven an almost immediate success in his own locality, he’s spent the last few years helping other aquaponics farmers around the world get established using his proven system.  When one successful business can be replicated into another, this industry can take one giant step towards standardization, making business loans more accessible.

One last example is Tanya Sawyer of Colorado Aquaponics, who has been building an aquaponics business in a food desert in Denver, CO for several years now.  In her presentation, she talked about The Growhaus , which has become the model example of how to make aquaponics work, even in one of the most disadvantaged parts of the United States.

Different locations require their own types of relationships and partners. The Growhaus works with the local community in about a hundred different ways, such as utilizing community grants and volunteers.  Tayna’s client base is way different than Ryan’s so she is here showing and telling everyone how it’s done and how to make it work in even some of the toughest situations.  My first real look at an aquaponics business was several years ago at Tanya & JD Sawyers training, which was eye-opening, to say the least. Seeing that as the only example at the time, it felt too risky for me to go commercial and I went a different direction.

(This is the first of two posts from Brandon Youst. Read the entire article here: Putting Down Aquaponic Roots Into the Food System.)