After three days of discussion in April, the National Organic Standards Board deferred deciding on the Organic eligibility of bioponic farming methods, including aquaponics. The NOSB will continue studying the issue and revisit it at the Fall 2017 meeting.

For the time being, aquaponic production is still eligible for Organic certification.

The primary reason for the deferral was the lack of consensus on both the definitions of various bioponic methods and the interpretation of “Organic” by consumers and farmers alike.

During the proceedings, Harriet Behar, NOSB member and former Organic certifier, stated that “[o]rganic is not input substitution. It is a whole system… a type of agriculture that offers hope for fixing the problems.” This attitude aligned with those of the consumer and retailer representatives on the board, who believe the current market interpretations of “Organic” center on ecological sustainability and input reduction. But even these interpretations would affect the eligibility of different bioponic methods, befitting aquaponics more than hydroponics, as the latter requires greater human inputs.

Proponents of restricting bioponic methods from Organic certification don’t believe the market should influence the definition. Instead, soil cultivation should remain the focus. Additionally, there was agreement on prioritizing the reduction of inputs, but divergence on the degree to which the growing media be biologically active.

There was no disagreement that aquaponics demonstrates an ecologically complete system requiring little human input, but there was discussion of the need for a different label than Organic based on the substrate choice.

Advocates of this idea cited the importance of an exclusive labelling to protect and encourage local farmers who can adhere to the strict definition of Organic without significant initial capital outlays. Dissidents worried that more labels would only confuse consumers and retailers. Joelle Mosso, NOSB member, “want[s] organic to be the form of agriculture, not a subset of agriculture,” and expressed wariness that a separation could end with two labels commercially weaker than one.

Before label and certification discussions resume, the board asks for more clear definitions of the three different bioponic systems (aqua, hydro, and aero). Specific questions for which the board wanted clarification involved the use of containers, biologically active grow media, and human inputs in each system’s production standard. While individual container systems lacking a solid substrate and requiring copious human inputs may struggle to retain Organic certification, the ecological complexity and sustainability of aquaponic systems provide both farmers and consumers a product credibly within the Organic framework. 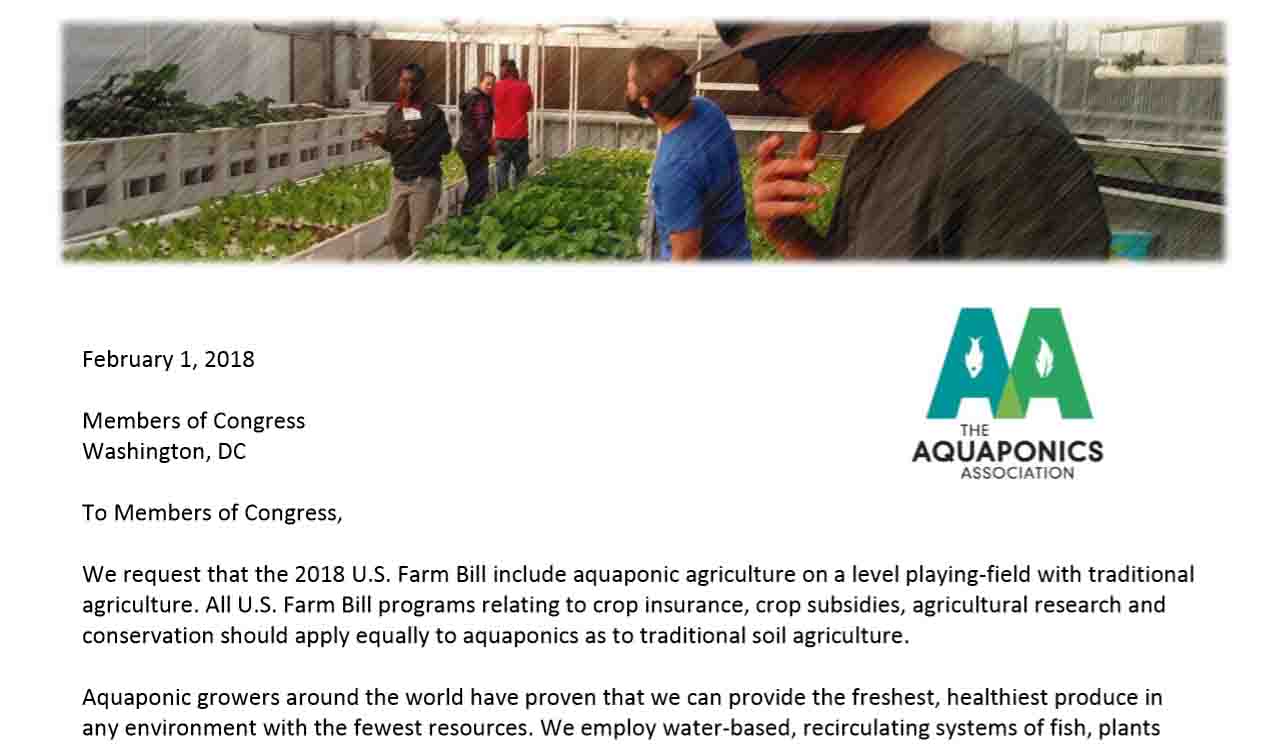 Read the Aquaponic Farm Bill Letter to Congress with over 200 signatures!…